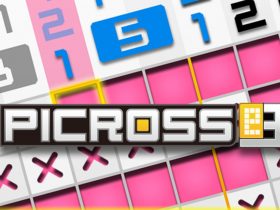 Skylanders Spyro’s Adventure has an interesting premise behind it. The player is able to take toy figures, that each contains a chip which stores your game progress and place them within a ‘Portal of Power’ transporting the creature into the game in digital form.

These are also cross-platform compatible – meaning that, for example, you can take your favourite Skylander, level it up on your Nintendo 3DS and then take the toy to your friend’s house to play with your character on their console, regardless of whether they have a Wii, Xbox 360 or PlayStation 3. There are over 30 different Skylanders toys to collect and unlock, with each offering their own unique special attacks and platforming abilities. 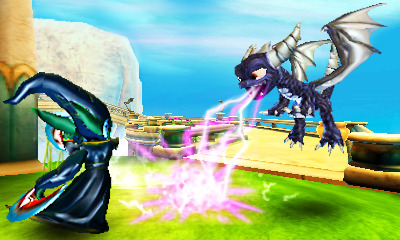 The game differs from its console brother in that the handheld version has a completely different story involving a separate antagonist, Hektor, and is more of an action-platform game. The console version instead sees you contend with Kaos as the main villain, and encompasses a grab loot-fest with light RPG elements. As the portable version of the game, players are able to digitally store up to two different Skylanders to take with them on the go. All of the currently released Skylanders are compatible with the Nintendo 3DS version, and each day the game offers an additional experience bonus for using a Skylander toy that matches that day’s elements.

The basic gameplay element has you leading whichever of the two Skylanders you chose to store in the system through the platforming levels to gather ‘Radiance crystals’ or meet other stage-specific challenges. Once one, or several, of the challenges have been completed, the game becomes a ‘Beat the clock’ race. If you are not able to get to the exit before time expires, Hektor unleashes a blast that will kill you instantly. As I progressed through the game I had to play certain levels numerous times simply because I was unable to beat the clock in certain instances. 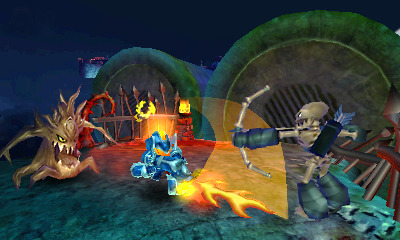 As mentioned earlier, there are over 30 Skylanders toys that encompass eight varying elements. While it is possible to complete the game with two of the three included characters, completionists will need to purchase an additional five characters, one for each element. At £6.99 ($7.99) per character, this can be a little on the expensive side; especially since the game itself retails for £49.99 ($69.99), regardless of whether it is the Nintendo 3DS or console version. Although, in the game’s defense I suppose the extra characters can be viewed as purchasing character downloadable content for the game.

The stereoscopic 3D effects offered by the Nintendo 3DS are implemented very well in the game, and I found them to be extremely helpful in certain platform challenges, especially during the later levels. 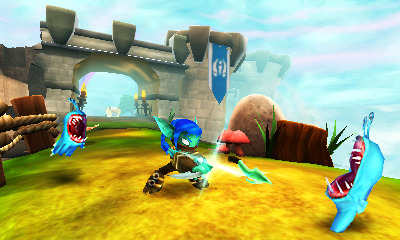 The game is designed for a younger audience, which is painfully obvious when signing up for the games online community. Although, Skylanders Spyro’s Adventure will still provide a challenge for older, more experienced gamers – especially the final levels. I did encounter some glitches that moved the static camera after I was in the air trying to reach a different edge. While a minor annoyance, this did cause me to miss the intended area and fall to my death on a few occasions.

If you can look past the initial cost of the game, and the additional cost of characters I recommend this fun and challenging handheld platformer for younger and older gamers alike. 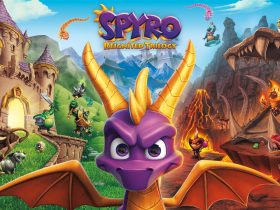