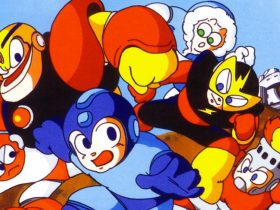 Nintendo and Sky have teamed up to broadcast a special programme, titled Nintendo 3DS Ignition, that is set to feature footage taken at the handheld’s launch event last night at Old Billingsgate, London.

The broadcast will be on Sky 3D, Europe’s first 3D TV Channel, and will include performances by comedian Russel Kane, BRIT award winner Plan B and rock band Hadouken. The event will be broadcast on Sky 3D that evening, and also broadcast in High Definition on Sky 1 HD.

Back in January, Sky confirmed that they were to supply shoft-form 3D content from sports, entertainment and documentaries for the Nintendo 3DS, to help generate awareness of both the handheld and Sky 3D.

“We’re delighted to extend our relationship with Nintendo to help build their own 3D association whilst providing our customers with yet more high-quality entertainment content on Sky 3D,” commented Graham Appleby, Director of Commercial Partnerships at Sky Media. “This is yet another example of innovation from Sky responding to the demands of customers and brands alike.”

Dawn Paine, Marketing Director for Nintendo UK, adds “Nintendo 3DS Ignition is not only a games industry first but marks the arrival of portable, glasses-free 3D gaming and entertainment. The opportunity to work with Sky to broadcast the event in 3D offers the perfect synergy in terms of helping building our credentials and bringing 3D to as many people as possible.”