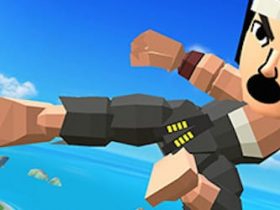 The Wii U has secured itself support from another indie developer, with OMC Games pledging to bring their first game, Skullforge: The Hunt, to Wii U following approval from Nintendo.

This action RPG, which is also destined for PC and Mac, will place players in the role of elven warrior Desi Cornerstone, who has suffered at the hands of a brutal cult.
She will quest for those responsible for her enslavement, eventually leading her to troubled lands of Sorova which is itself in need of a hero.

In support of the game’s release, the developer has released the first chapter of a prequel series through Amazon, Smashwords and other stores, priced at £0.79 / $0.99.