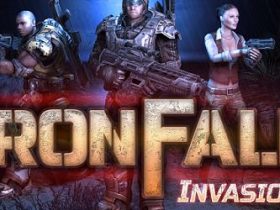 Glass Bottom Games has confirmed that SkateBIRD has been delayed into 2021 in order to add more content to the game beyond what was originally planned.

“We’re not financially imperiled (unlike a lot of my friends in the service industry, yikes – please help where you can, tip well if you’re getting delivery, etc). We’re fine, really,” the developer explained in a Kickstarter update.

“Between the Kickstarter and some platform deals, we’re more than funded through launch. However. The game is taking longer than planned due to normal iteration stuff. For instance, we’re gonna go for a story mode! Like an ACTUAL story mode, not the findable tapes side-story we’d originally planned. Then pile on there that at least my productivity has halved or more because of – you know, everything outside right now? – and it’s best to kick the can down the road.”

They later added: “So yeah. Stuff is going fine for us. Do not worry about us, we’re fine, please direct any concern more to helping those around you in much worse circumstances. We’re just delaying until 2021 because the game will be a lot better-realized for it. Next month, you’ll hopefully see the first fruits of that labor, in the form of me showing off the missions system!”

With the chance to explore bird-sized parks, in SkateBIRD you will be challenged to grind on bendy straws and kick-flip over staplers – carving killer lines through parks built with cardboard and held together with sticky tape.

These skateboarding birds always try their best, and, along with an “original low-fi birb-hop soundtrack,” you will find fancy clothing, secret mixtapes of new music, and other birds that need your help.

SkateBIRD will release on the Nintendo eShop for Nintendo Switch worldwide in 2021.