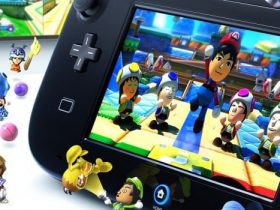 2K Games: “Wii U will be successful”

So, it isn’t often that I find myself writing news about the site itself. But then, whilst the site is continuing to grow healthily and establish itself, there hasn’t been that much change within the past year or so since we rebranded ourselves Nintendo Insider!

What I’ve now decided to change from today, and the first of which you’ll see in just an hour, is our review scoring policy. We’ve been awarding scores across gameplay, graphics, sound and value parameters in an effort to break down the overall score that we award a game, so that you can see if there’s a particular area in which it fell down – an aspect that won’t be changing.

We’ll now be using a different scale, however, moving away from the largely subjective total of 100% to the seemingly more standard 1 – 10. Previous reviews that we’ve written will still have their original scores, so they won’t be changing, but hopefully you’ll find more interest in what we’ve got to say than solely the digit that comes attached.

I’ll take the opportunity to thank you all for continuing to read the site, and hope that you continue to find it an interesting source for all things Ninty. Until next time!