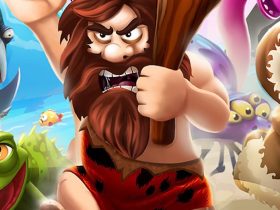 Can you outrun the end of the world? It’s a worrying question and one that you will be faced with multiple times in Shu on Nintendo Switch. It is an unrelenting storm that forces you into action in this platformer, that, having destroyed his village, sees the bird-like character flee on a desperate journey to survive.

The wordless cutscene that prefaces the game sets the scene, where the village elder warns of the coming storm and nobly sacrifices himself to buy the villagers enough time to make a run for it. That means that the threat is quite literally behind you, and after a bridge snaps, Shu is knocked into a river only to wake shortly after on the Pelican Coastline. Having been told to seek the divine protection of the angelic statue that towers over the City of Eagles, your treacherous journey will see you race in its direction. 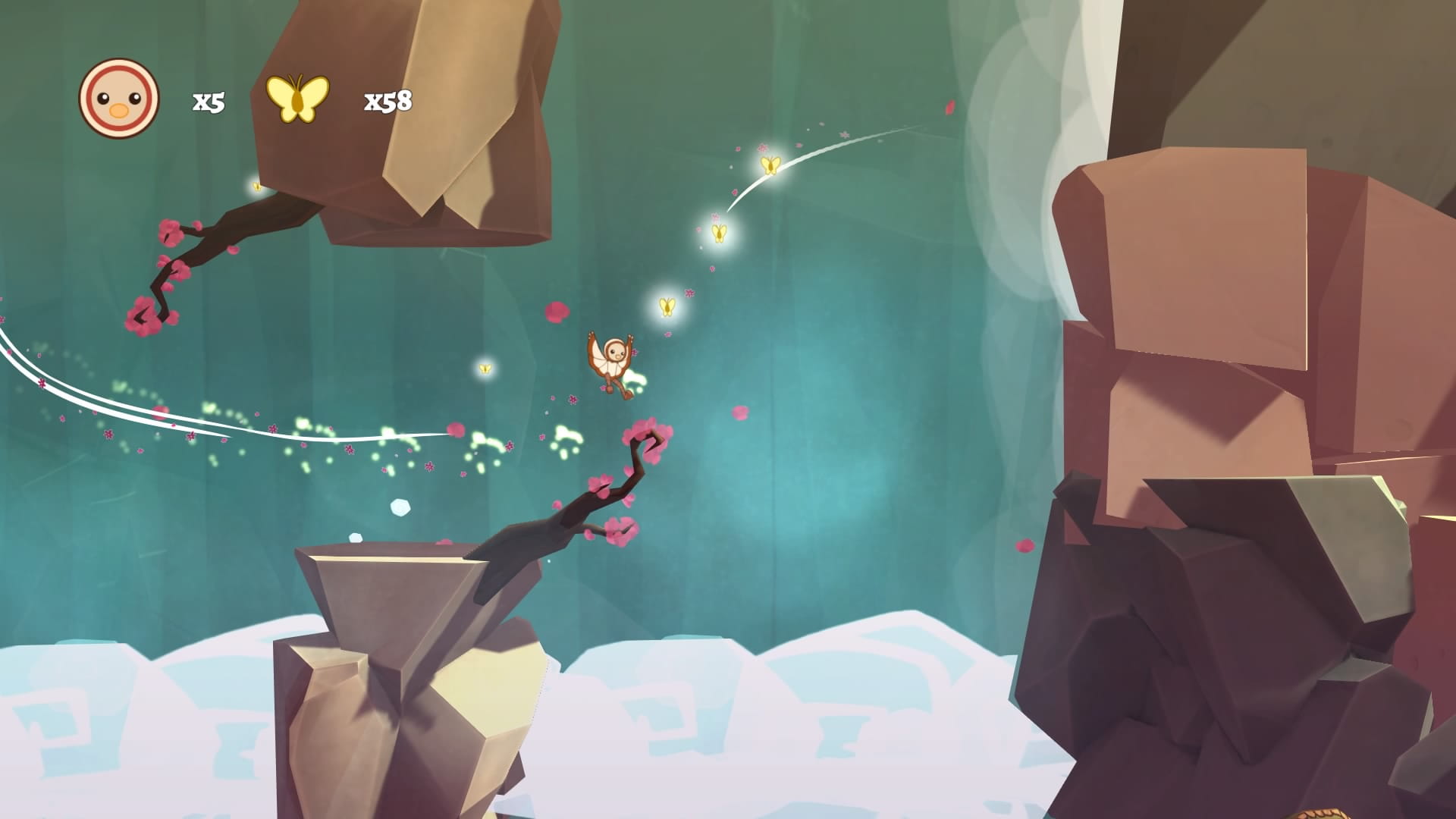 Your frantic escape in Shu often feels like a triumph over adversity. This bird-like hero in this tale can jump and glide short distances, and, despite the fraught situation that you find yourself in, early levels will see you riding waterwheels, bouncing on overgrown plants, and using gentle breezes as a means to carry you to otherwise out of reach areas.

It is the stranded villagers that you encounter that will introduce special abilities to help your continued traversal. With five diverse lands to flee through, you will meet two villagers in each and eventually lead them to their safety. In Pelican Coastline, for example, there is Joro who can ground pound to break through barriers and boxes, and Lati who sings to open and close flowers. Then, in Warbling Woods you meet Okoro who can let you temporarily walk on water and Keela who lets the player wall jump. And that’s not to mention the characters that let you double jump, ring bells to activate wooden lifts, or slow mechanisms that would otherwise crush you in an instant.

These gameplay mechanics help to make sure that Shu can constantly deliver new ways for players to interact with its world. It’s a shame, then, that they never feel fully explored, the villager’s special abilities called upon for one or two levels before they are carried away to safety – only ever making a return appearance in the game’s cataclysmic conclusion. That’s the clearest problem that Shu has, in that it’s far too short and, therefore, ends up squandering any potential that it has. 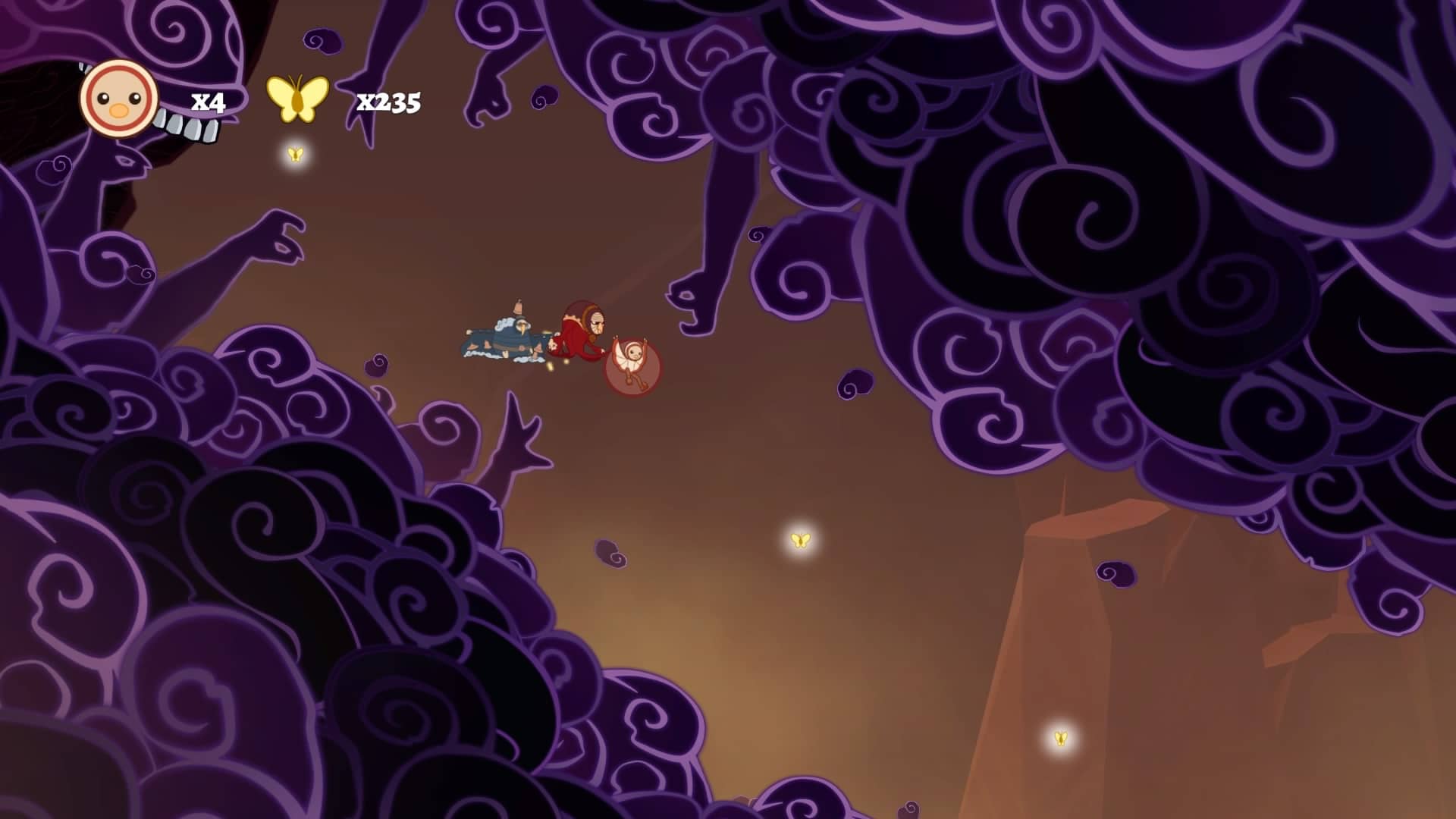 There are 21 levels to race your way through, and, while expertly constructed by developer Coatsink, it won’t take long for most players to reach the credits sequence. With collectables challenging players to attain a gold butterfly medal, collect all six babbies, and find a mural piece in each level, there’s more than enough reason for completionists to hunt their way back through the game. And, there are also time trial runs that unlock in each level, as well as the chance to race against a Goo Shu.

Where Shu excels is in the panic-inducing moments when the storm unexpectedly catches up with you and you are forced to rapidly flee. On your first playthrough it’s never clear when this is going to happen, and, even midway through a particularly peaceful level, the word ‘RUN’ flashes on-screen and you suddenly have to scramble to keep your distance from its gaping mouth. The rush, and admittedly some annoyance as you make mistakes and tumble to your doom, easily make these the most thrilling moments that the game throws at you.

There’s even a level where you are under the constant threat of being electrocuted, the player left to nervously move between protected points before clouds shroud the screen and lightning strikes. It’s encouraging to see something different, but once you complete the level the idea is cast to one side never to be seen again. That’s a constant reoccurrence that is indicative of the entire game – witnessing something that tries to make the experience more unique that’s never explored beyond the initial idea.

Shu will long be remembered for its wondrous art direction and hand-drawn characters, but also for the game’s many shortcomings. It’s bittersweet to reach the game’s conclusion, a moment that comes far too soon and leaves the player without enough of a compelling reason to sink more time into it. There’s charm to be found in the experience, but, as I soon discovered, it doesn’t take long to outrun a storm.