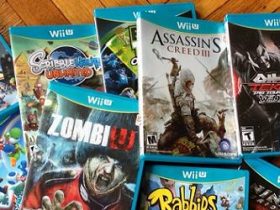 Analyst: Seven months on “Wii U is struggling mightily”

The Pokémon Company International has announced that a Shiny Machamp awaits those attending the European Pokémon National Championships over the coming weeks.

This is similar to the one used by Mark McQuillan, who was last year’s Senior Division Video Game World Champion.

His Machamp had the No Guard ability, meaning that all moves used by or against the Fighting-type Pokémon cannot miss, and the moves Dynamic Punch, Stone Edge, Wide Guard and Knock Off.

The Shiny Machamp will be available to any attendee with Pokémon Omega Ruby, Pokémon Alpha Sapphire, Pokémon X or Pokémon Y, and is limited to one per person.

The 2016 European Pokémon National Championships will take place on the following dates: