If you’re in the market for a puzzle game then I think it’s safe to say the Nintendo Switch definitely has you covered. Whether it’s a simple match-three style affair you’re after, some old-school Tetris, maybe a little Picross or even a more action-oriented experience with a co-operative edge, your options are large and varied and continues to grow with each week. Shift Quantum looks to add to that list with its brand of action-puzzle platforming set in a slick cyber-noir world.

I always enjoy it when a puzzle game isn’t afraid to get weird – the weirder the better in fact. Puyo Puyo Tetris and Sushi Striker are prime examples of taking familiar types of puzzlers and injecting some unexpected silliness – in this case through their often smile-raising story. While Shift Quantum isn’t offering a deep and complex tale of its own, the way it sets up its premise is certainly unique and interesting.

A company called Axon Vertigo has created the Shift Quantum program, a tool that promises to deliver better life quality for everyone who commits to it – a bold guarantee to say the least. The idea of the game itself taking place within a program you’re hooked into is a neat one and lends itself well to the overall atmosphere Shift Quantum is shooting for. Enough is answered that you understand why you are completing these puzzles, but enough is left a mystery for you to fill in blanks yourself. 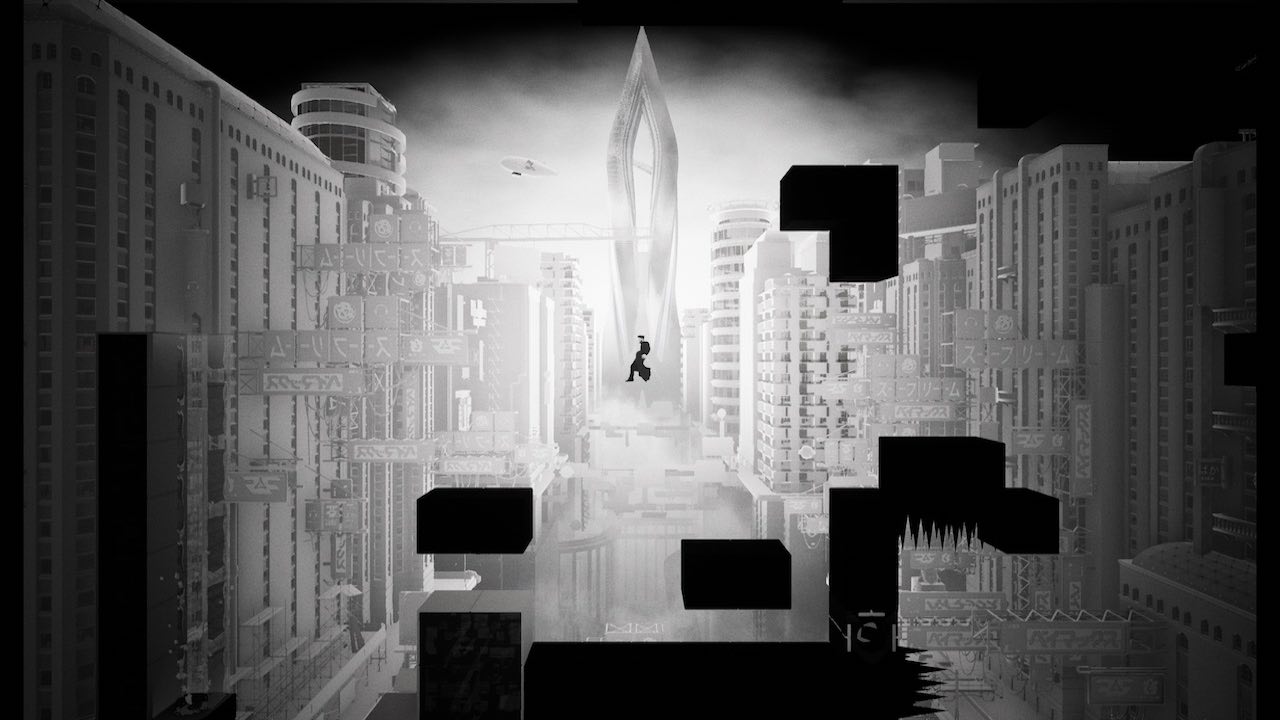 So what is the game exactly? It’s essentially a series of puzzle-platformer stages where the player is tasked with making it to the exit in one piece. The hook here is that you will need to physically invert the world itself and Shift into negative space back and forth. A simple example may be a wall too high for your character to jump over, that when using your Shift ability no longer poses a problem. By Shifting through the floor to the other side you can then find an alternative route around the obstacle. What was once solid, you’re now able to move through and what was once space is now solid. Essentially everything is reversed.

Even in the early goings, this spectrum switching mechanic can take some getting used to. For years we’ve been told in video games that any obstacle in a platformer can be overcome by simply jumping over it. Shift Quantum literally flips the rule book with its clever feature. As you progress through the hundred plus puzzles, the game will throw new wrinkles into the mix that require even more thinking. Deadly spikes are the least of your worries with movable blocks acting as connectors between open spaces and certain blocks even altering the gravity of the entire stage. Dealing with these new additions is no easy feat sometimes even cranking the game’s difficulty up a little too high. There were a few situations that left me scratching my head to the point of frustration, arguably more my problem than the game’s but still something that dampened my experience somewhat.

The game’s visual style has me in two minds. While I appreciate its cyber-noir style and impactful atmosphere, the constant stream of blacks, whites and greys can become a little draining after a while. A lack of variety in terms of the environment also means you’ll be seeing the same cityscape over and over. 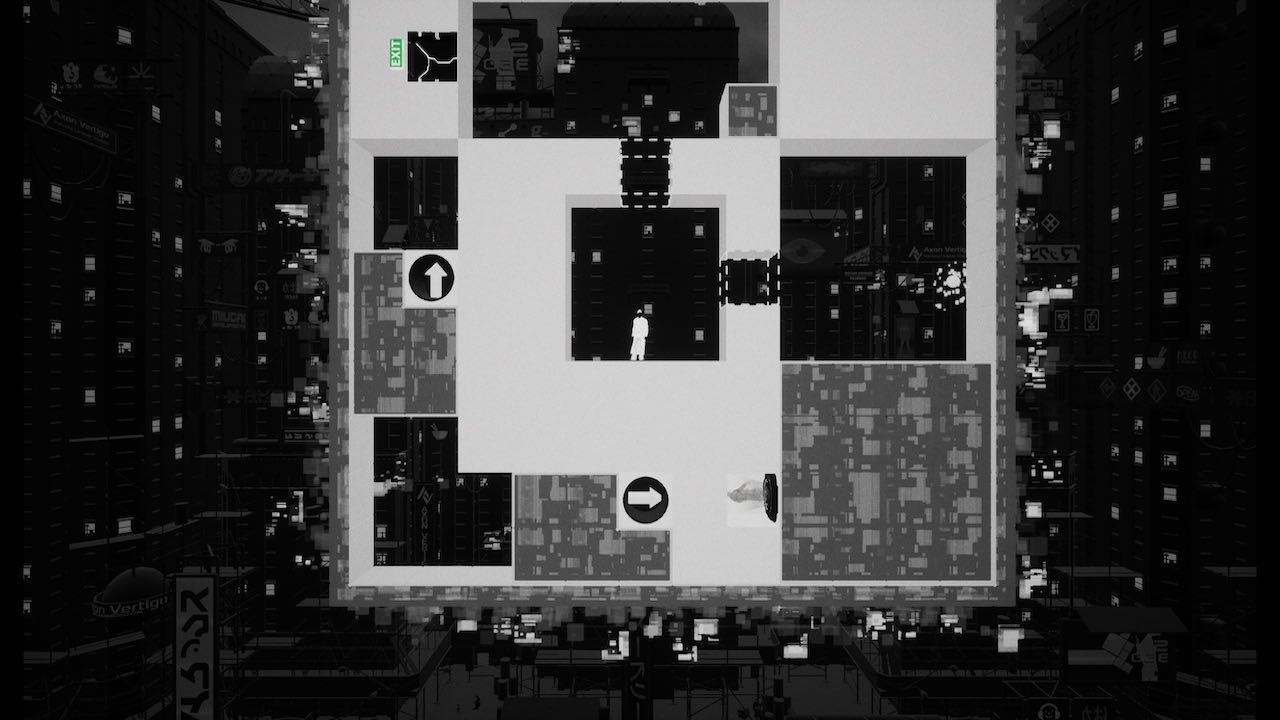 In a rather pleasant surprise, Shift Quantum not only includes a level editor, but also one important feature that a number of other indie titles tend to ignore – community support. Not only can you craft your own devious puzzles with an assortment of moveable blocks, traps and so on but you’re also able to upload these online for others to rate and play or vice versa. Thanks to this, Shift Quantum offers a reason to return once you’ve exhausted the game’s already healthy batch of puzzles in the main campaign.

Shift Quantum makes clever use of its Shifting mechanic, truly testing your ability to analyse and break down each puzzle within its dark, dystopian world. Some may find the difficulty a little off-putting but for those hungry for the challenge, a one hundred-plus puzzle campaign and user-created content should more than satisfy those needs.