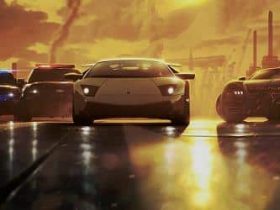 Warp Pipes hidden within Need for Speed Most Wanted U

Hair-whip yourself up into a frenzy, as WayForward have announced that Shantae and the Pirate’s Curse will now see a release on both Wii U and 3DS.

The third game in the series, previously only destined for Nintendo’s handheld, will conclude the storyline, seeing Shantae lose her genie magic and therefore need to team up with nemesis, Risky Boots.

This will grant Shantae access to new weapons and abilities, whether that be a flintlock pistol, powder cannon, scimitar, or even Risky’s boots, as you slay monsters, confront bosses and fumble your way through labyrinths.

The Nintendo 3DS version boasts stereoscopic 3D and sublime character art by IntiCreates, while the Wii U counterpart will have Off-TV Play and HD illustrations mixed with pixel-based sprites. Both will have inventory and real-time mapping on their respective second screens.

Shantae and the Pirate’s Curse will release for Wii U and 3DS through the Nintendo eShop this summer.