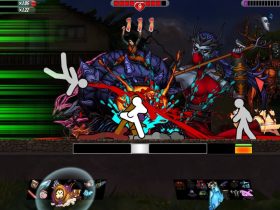 Zen Studios invite you to set sail for the Caribbean pirate town of Tortuga, in free downloadable content that has been released for Infinite Minigolf.

That will see you join Captain Salvador and his crazy crew of buccaneers as you play through the 108 holes that are spread across four brand new tournaments. With new pirate-themed avatar items to unlock, brand new tiles and pirate-themed objects, it also presents that chance to create your own pirate-themed course to share with the game’s community.

Infinite Minigolf is now available on the Nintendo eShop for Nintendo Switch worldwide.