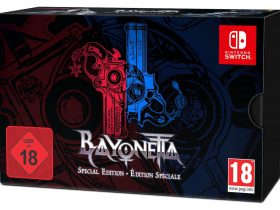 Feardemic and Draw Distance have confirmed a release date for Ritual: Crown of Horns on Nintendo Switch.

Once a dead man walking, you have been brought back to life as a demon for one reason – to send other demons back to hell.

Working to protect a witch, this fast-paced top-down shooter is described as “a unique cocktail of story-driven base defense game centered around visceral action and desperate survival in the face of overwhelming enemy forces.”

The demanding skill-based game will challenge you to massacre the demons that you are confronted with, managing your resources and time wisely as you gather the souls of your fallen enemies to buy gadgets such as the murderous Gatling gun, as well as being used to unlock new spells and skills.

Ritual: Crown of Horns will release on the Nintendo eShop for Nintendo Switch worldwide on November 7th.