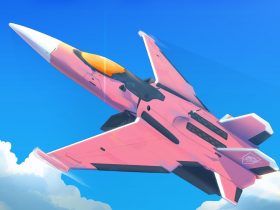 Platform games are so rarely about the actual platforms. If anything, modern platformers do their utmost to avoid touching the ground for very long. Developers implement double jumps, wall jumps, and air dash moves to limit the amount of time the player will be stood still. Semblance is all about the platforms. It does have a dash move, which can be used in air or on the ground, but it’s a tool, more than a string in the movement bow. The ability to use it and reach high places is there, of course, but that all-important dash button is the key to each puzzle in the game.

The world around the amorphous blob you control is malleable, or at least some bits are. The darker, more solid looking pieces of scenery can be nudged around be dashing into them or should they be attached to the floor or ceiling, the blob will leave a dent. This can be deepened and used as a trench allowing danger to pass by above or even to lower the ground allowing passage into a new area. Platforms, should you hit them from below, will create hills and elevate sections of the terrain. This means gaining extra height on a jump or blocking an immovable laser. 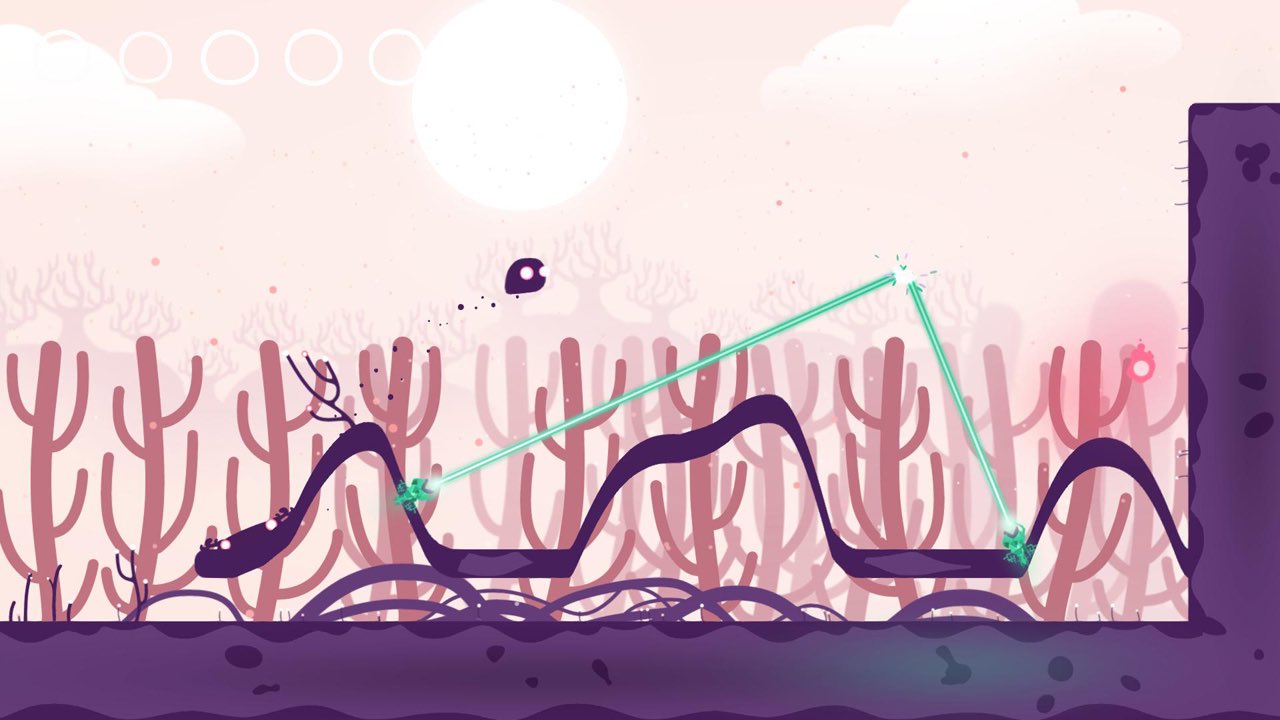 As with all platformers, the goal is to reach the end of the game and do so by reaching the end of each level, solving problems along the way. The world is infected, and you must enter the trees that seem to be the life source of the world, eradicating the disease and restoring life. Collecting glowing orbs is the way to do this and they’re hidden away in hard to reach places. An early puzzle shows the orb across poisonous spikes, the only way to grab it is to bump up the platforms on either side from below to gain height and clear the hazard.

Another requires nudging the platform sideways instead. Then other platforming tropes are introduced; lasers block paths and need to be avoided, or you could bump the surface they’re attached to and redirect the path of the beam. Semblance does everything it can to make the player think differently. In some levels, a speckle effect scatters through the air meaning then while in this odd fog, you can no longer dash. Red beams of light will make the platforms spring back to their normal shape should they touch them, so you’re taught to avoid them. While a few levels later, you begin to use the beams of red to turn solid ground into a springboard, launching the blob to new heights.

It’s such a simple idea, laid out simply on the controller. A button to jump and a button to dash but using these small concepts we see in so many titles, in Semblance they literally ground-breaking. Another button does come into play, but it just resets a platform with the blob performing a funny little wiggle and a pop. Soon, that terraformed ground is back to normal and you can try again. Movement becomes intuitive and dashing helps to create footholds, literally and figuratively. Bouncing against a mouldable surface creates a divot for the blob to sit and before jumping outwards and creating a second, then a third divot. Soon, you have a makeshift ladder. 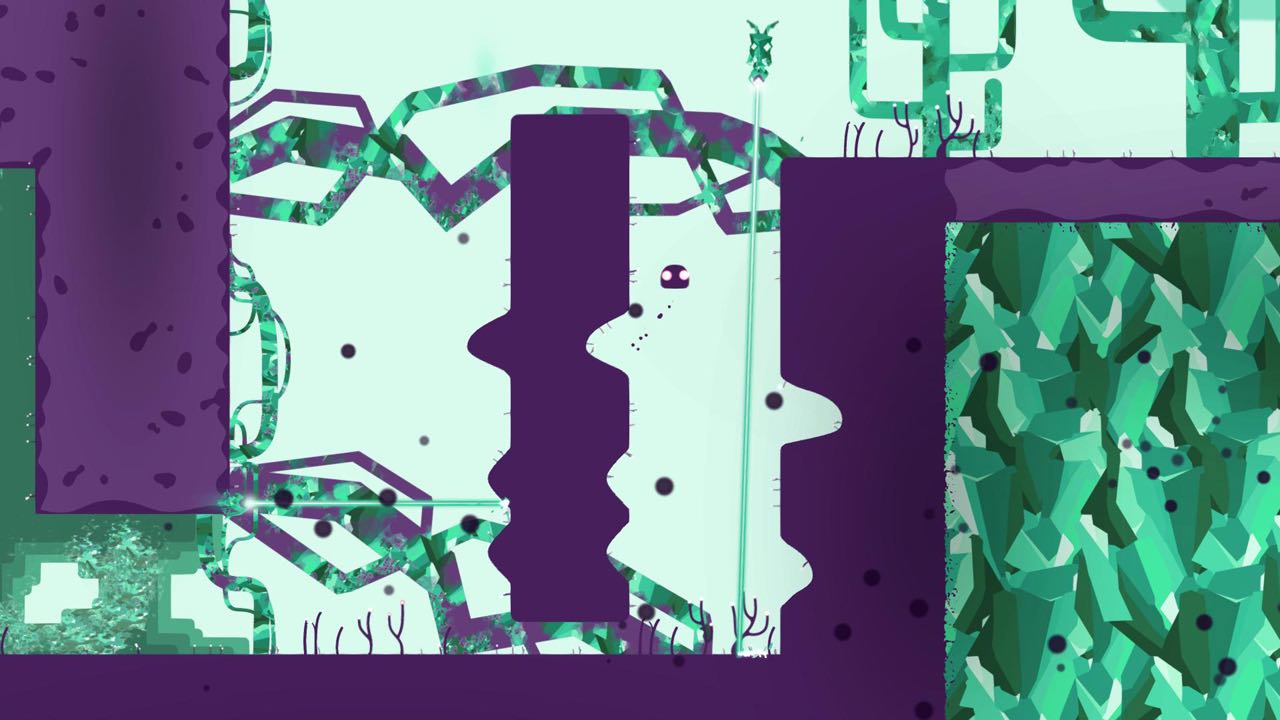 Levels can be solved a myriad of ways and oftentimes a solution will be found only for you to take another look and see a better or easier way to have beaten the section. And all of this takes place is a beautiful world that radiates pastel colours in an almost painterly style. Cave painting style artwork hints subtly at the underlying story, building a world using only environmental storytelling. There are no real enemies in the traditional sense of the word, if anything, the enemy is the limits of your own thinking. Some areas will be blocked by moving spikes or a criss-cross of lasers, but there is always a way around.

There are a few minor frustrations, however, which do sometimes sully the experience. Occasionally the blob will actually dash through a platform where they can only be freed by jumping, often into danger. Admittedly restarts are quick, but the engine obviously struggles from time to time. It’s no surprise as you’re changing the world on the fly, but when you get stuck in a hole for the third or fourth time because you’re sticking to the wrong surface, it can frustrate. These are small niggles, though and easily patched out over time.

Regardless of these issues, Semblance is a breath of fresh air to the platforming genre and one that is entirely welcome. Puzzle lovers will enjoy the idea of working around a problem, casual players can find enjoyment in every aspect and speedrunners are going to have a blast working out movement tech to beat the game swiftly. No matter what category you fit into, Semblance is a must own game on the Switch, for no other reason than it breaks the mould.