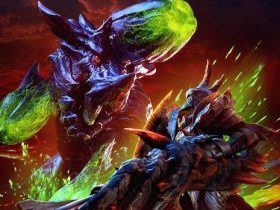 Alan Pritchard, SEGA’s Executive Vice President of Marketing, has revealed his belief that the Wii still remains to play an important role for third-party publishers, even following Nintendo’s announcement of its successor – the Wii U.

“It was interesting that Nintendo didn’t really talk about the Wii [during its briefing], which is obviously a platform that is still important for most third-party publishers,” Pritchard explained.

Pritchard also discussed as to whether the Wii would reach the same dizzy sales figures as the PlayStation 2, which now sit beyond 150 million.

“How the Wii lands compared to PS2…I don’t think we know though about that yet. They have potential future price drops up their sleeve. But it does need new content, as well as a catalog to drive the new hardware through. Obviously, it’s going to be big for this Christmas, and I think the Wii will be a very viable platform through next Christmas.”