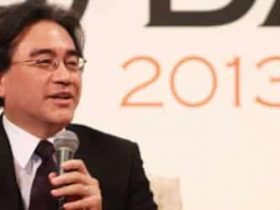 SEGA have revealed that they are to make a number of key announcements regarding the intrepid Sonic series next year, with two of the three being made “in the early part of next calendar year.”

Such information was confirmed by Alan Pritchard, SEGA’s Executive Vice President of Sales and Marketing, when speaking to Game Informer (via CVG).

“We’re looking to improve the quality and focus of a pure Sonic platform gaming experience,” Pritchard commented. “We have released Sonic 4 digitally, which has reviewed very well. Free Riders was really about being a part of the launch of Kinect. Then, we have Colors, which is our pure Sonic gaming experience. That’s had some high scores. It’s also the highest pre-selling pure Sonic title we’ve ever had.”

In relation to what they’ll be, we’re sure that we’ll be hearing plans regarding Sonic the Hedgehog 4: Episode 2 and the rumour mill is currently churning speculation regarding a celebratory Sonic outing featuring an assortment of the character’s most celebrated games. Further to that, we imagine there’ll be another Wii/ DS offering later in the year, continuing on from the positive steps seen within Sonic Colours.