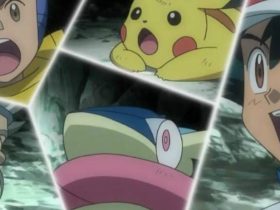 Thor: God of Thunder launches across North America for both Wii and DS today, and in marking such fact SEGA have released a duo of launch trailers demonstrating the strengths of both versions.

You’ll be able to witness Thor battles the elements, as he summons lightning attacks, uses his mighty hammer and unleashes the powers of the storm. The Wii version will also see exclusive flight levels, and will see Thor pitted against gargantuan enemies.

You can catch both launch trailers below: