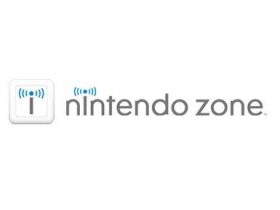 SEGA have today announced that they are to release Mario & Sonic at the London 2012 Olympic Games later this year, on both Wii and Nintendo 3DS.

With previous entries in the popular series having achieved sales of over 19 million, characters from both the Mario and Sonic universes now set their sights on London as they participate in the officially licensed Olympic-themed videogame.

Mario & Sonic at the London 2012 Olympic Games is licensed through a worldwide partnership with International Sports Multimedia (ISM), the exclusive interactive entertainment software licensee of the International Olympic Committee (IOC).

You can expect a range of new, exciting events, including football and equestrian -which will debut on the Wii version – as well as classic Olympic disciplines such as athletics, aquatics and table tennis.

Arriving on Nintendo 3DS for the first time ever, the handheld version of Mario & Sonic at the London 2012 Olympic Games will contain over 50 original Olympic themed events playable in both single and multiplayer modes. The glasses-free 3D visuals and unique control systems ensure that there are plenty of ways of competing for gold medals!

“Mario and Sonic have had a phenomenally successful partnership and we are extremely proud to be able to recreate this once again with Nintendo and ISM for the London 2012 Olympic Games,” commented Naoya Tsurumi, Chairman for SEGA of America and SEGA Europe. “It is truly exciting to be in the position to develop interactive entertainment software titles based on the Olympic Games, and for Sonic and Mario to once again be a part of this historic event.”

Raymond Goldsmith, Chairman & CEO of ISM, adds “The London 2012 Olympic Games will be a sporting showcase that will embrace the world and we are delighted to have Mario and Sonic competing once again, this time in the largest number of Olympic sports ever.”

“These games bring together two of the most beloved characters in the history of the video game industry in Mario and Sonic,” comments Nintendo of America President Reggie Fils-Aime. “As veterans of both video games and Olympic games, they’ll arrive in London as a formidable team to provide fun, competitive sporting activities that friends and family members can enjoy together.”

Mario & Sonic at the London 2012 Olympic Games will release later this year for Wii and Nintendo 3DS.