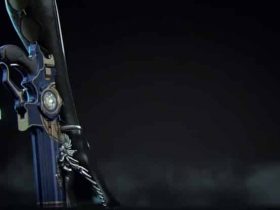 SEGA has announced that SEGA AGES Phantasy Star will release on Nintendo Switch next month, challenging you to end the reign of the tyrant King Lassic who rules the cosmos.

First released for the Master System in 1987, Phantasy Star is seen as an early pioneer in the role-playing game genre – challenging the player to traverse tricky dungeon mazes and fend off ferocious 8-bit beasts.

In this SEGA AGES port, the developer has introduced enhancements such as a lower difficulty setting, Monster Codex, item guide, auto-mapping to help you search dungeons and music player where you can listen to the game’s soundtrack.

SEGA AGES Phantasy Star will release on the Nintendo eShop for Nintendo Switch worldwide on December 13th priced at £5.99.