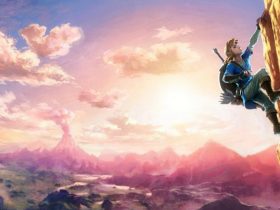 The Legend Of Zelda: Breath Of The Wild Promises Breathtaking Adventure

“With Lost World we wanted to evolve how Sonic works in 3D,” Iizuka explained to Official Nintendo Magazine. “When you think about a 3D level, it’s still limited – the sides are limited – so we talked about making levels as cubes or tubes.

“Expanding the sides around 360 degrees enables players to take many paths, not just two or three. We ended up with a tube stage and realised we were a bit close to Mario Galaxy!”

Heralded as one of Nintendo’s greats, such parallels to the Wii title certainly aren’t a criticism.