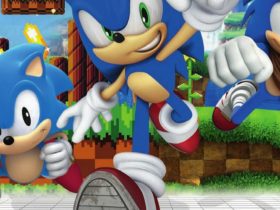 SEGA’s acquisition of the studio is part of its aggressive expansion into the digital space, and it joins a number of subsidiaries that include Football Manager developer Sports Interactive and Total War creators The Creative Assembly.

Three Rings Design will continue to focus on supporting Spiral Knights, and launching with BBC Worldwide the anticipated MMO based upon world-famous BBC Sci Fi series Doctor Who.

“We knew from the first time we saw Spiral Knights that the team at Three Rings was not simply talented but truly unique, and the close bond we have formed with them over the past year has only solidified that impression,” commented Haruki Satomi, Senior Vice President of Digital Business for SEGA of America. “We are proud to welcome them as the newest member of the SEGA family, and look forward to seeing what great things we can create together over the coming years.”

Daniel James, CEO of Three Rings Design, adds: “Three Rings has always been a studio that prides itself on the depth and creativity of our games, we are very fortunate to have found a company like SEGA that both respects our identity and shares our passion for developing engaging and quality games. We are honored to be joining such a legendary team and look forward to collaborating on amazing ideas together.”