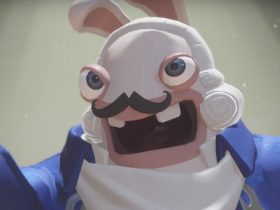 Koei Tecmo has released a new gameplay trailer for Attack on Titan 2, that shows how the action game runs on Nintendo Switch for the first time.

This month, the publisher has also shared details about the game’s online multiplayer features, which sees the co-operative online modes from Attack on Titan: Wings of Freedom make a return alongside the all-new competitive Annihilation Mode.

That will see two teams of four Scouts compete to earn the highest score within a set time limit, looking to defeat more Titans than their opponents – working together to destroy each Titan body part rewarding your team with a Chain Bonus.

Players can build and defend bases to secure points, which means that players will work hard to defend the select areas that they can be built on the map.

Attack on Titan 2 will release for Nintendo Switch in Europe and North America on March 20th.