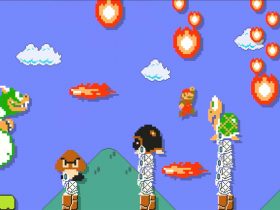 The Game Bakers has released a new “Glide Free” trailer for Haven, a story-rich RPG that will release on Nintendo Switch.

You share the journey of two lovers – Yu and Kay – who have escaped to a lost planet, where the only thing that matters is that they stay together.