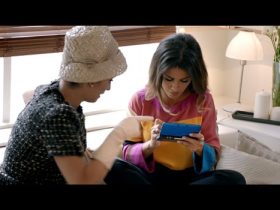 Penélope Cruz puts her puzzle solving skills to the test

This is scheduled to run from 8pm until midnight (GMT), a four-hour window that will deny you the chance to browse the company’s digital stores. Whether this is simply routine to optimise each service or if Nintendo are secretly working on surprises in the background is unclear, although we can always bank on stability.