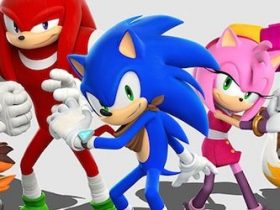 Bandai Namco Entertainment has announced that Sceptile as become the latest playable character to join the roster in Pokkén Tournament.

The agile, reptilian Pokémon has razor sharp leaves that grow across its arms, whereas seeds on its back are said to contain nutrients that revitalise trees. It is known to regulate its body temperature by lounging in the sun, and can easily leap through the tall trees in jungles.

It will become available in Pokkén Tournament’s arcade version across Japan on December 16th, accompanied by Farfetch’d and Electrode as new Support Pokémon.

Pokkén Tournament originally saw release at Japanese arcades, and will launch as a Wii U exclusive in Spring 2016.