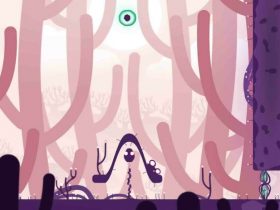 Deform The World Around You In Semblance On Nintendo Switch

SEGA has announced that Shining Resonance Refrain will launch on Nintendo Switch, marking the first time that the game will receive a western release.

This has seen Shining Resonance be remastered, which was previously a PlayStation 3 exclusive that was only ever released in Japan. And, as well as dual audio with English and Japanese voices as well as the original game’s downloadable content, it also adds a new Refrain Mode that unlocks Imperial Princess Excella and Dragonslayer Jinas as party members – which, we are advised, to save for a second playthrough.

The game’s narrative weaves a tale around Yuma, who has the soul of the Shining Dragon within him – which can transform him into the ancient beast by unleashing the power conducted through his sword. Dragons have long been thought to be extinct, which soon makes Yuma a target for the Empire.

Captured to be used in their war against the kingdom of Astoria, Yuma is soon rescued by Sonia, princess of Astoria, who launches a rescue mission with the help of the Dragoneers. Hearing about their kingdom’s plight, Yuma decides to aid them in their fight to save their land.

With real-time action combat, players must utilise each party member’s unique abilities and strengths while working to deepen the relationships between them. That will let you unlock their full potential on the battlefield, and, depending on their bond, Resonance may occur between them to help lead you to victory.

Those that pre-order the game will receive the Shining Resonance Refrain: Draconic Launch Edition, that will see the game safely protected in a collectible metal slip case adorned with character artwork of Excella, Sonia, and Kirika.

Shining Resonance Refrain will release for Nintendo Switch in Europe and North America in Summer 2018, priced at $49.99.