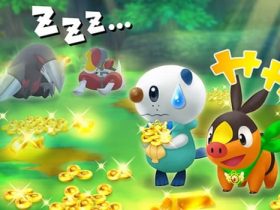 We already knew that Nintendo’s global president Satoru Iwata had been advised not to travel overseas ahead of E3 2014, but he has now shared more specifics about precisely what those health concerns were.

It turns out that it was fairly serious, with Iwata having undergone surgery last week to remove a bile duct growth that had been detected after a routine examination. He’s recovering well, thankfully, but will miss this week’s Annual General Meeting of Shareholders.

“Thank you very much for your continued extraordinary support of us. I am Satoru Iwata, President of the company,” he began in a message to shareholders.

“Today, there is one thing that I would like to share with you. Recently, as the result of one of my routine physical examinations, an issue was detected. Following a more detailed examination, a growth was found in my bile duct.

“In general, it is said that a bile duct growth can be difficult-to-treat, partly because of the difficulty of detecting it early. In my case, luckily, it was detected very early and I had no symptoms. I was counseled that removal at an early stage would be the desirable medical option. Therefore I had surgery last week, and I came through it well, as predicted.

“I have already resumed my business by email and by other means, but it is anticipated that a little more time is needed for me to return to my regular work schedule.

“As a result, I have no choice but to miss the company’s very important activity, the Annual General Meeting of Shareholders, to be held this month. As the president of the company, I regret that I cannot attend the meeting. However, I understand that I have to prioritize my medical treatment and to recover as soon as possible so that I will again be able to do my best to help the company to grow. I hope that you understand.”