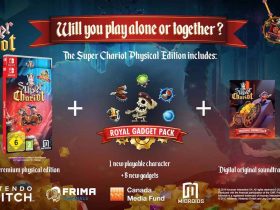 With Super Smash Bros. Ultimate inching ever closer to release, Masahiro Sakurai has warned that fans shouldn’t expect many more character announcements in the coming months.

There have been nine new additions to the mascot brawler’s roster so far, with five newcomers in Inkling, Ridley, Simon Belmont, King K. Rool and Isabelle as well as four Echo Fighters in Daisy, Richter Belmont, Dark Samus and Chrom.

“We announced Isabelle in the Nintendo Direct, however, it would be a mistake to think that the new character announcements will keep going [at this pace] until [Super] Smash Bros. [Ultimate] releases,” Sakurai writes in his Weekly Famitsu column. “We may have been a little trigger-happy so we’ll be living modestly from here on out.”

He also chose to talk about the game’s development is progressing, sharing that it is nearing a point in time when it will go gold: It’ll be complete in just a little longer… or so we expect!”

The most recent rumours point to Incineroar and Ken being the last additions to the roster before launch, something that was soon fuelled further when a screenshot showing Ken had seemingly leaked.