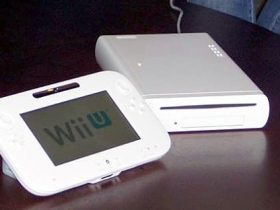 Nintendo: HD is “not enough” for Wii U

Within the latest Iwata Asks, renowned Japanese director and producer Hironobu Sakaguchi has discussed the development of his upcoming Wii exclusive JRPG, The Last Story. Whilst it focussed upon the development of the title, Sakaguchi made an interesting comment in regards to the seeming necessity for high-definition graphics these days.

His belief maintains that such a trend within the industry today means that HD proves to be “too much for a game world,” with Sakaguchi further explaining that he believes it causes development teams to put all their efforts “into preserving the quality of the visuals” rather than concentrating on more important aspects such as gameplay.

“Even if you compare the visuals to other hardware, there’s no disadvantage what-so-ever,” Sakaguchi explained. “To be honest, I personally feel that the HD visuals that are now the trend are still too much for a game world. You end up putting all your effort into preserving the quality of the visuals.”

Whilst Sakaguchi hadn’t directed the comments at any title in particular, the truth of such an analysis can easily be linked to Final Fantasy XIII released by Square Enix earlier this year for PlayStation 3 and Xbox 360. With importance placed on the quality of the visuals rather than that of the gameplay experience, the title’s entirely linear nature was a regular criticism amongst both journalists and fans of the series.

In regards to developing for the Wii however, Sakaguchi comments, “With the Wii, we took the approach of making a prototype first and investigating from there. So, compared to the hardware I’ve worked with until now, the creation process was completely different.”

Such a different approach will hopefully lead to The Last Story receiving the success that we’re sure it will deserve. From what we have seen so far, it certainly looks set to be the next title to once again drive sales of the console.