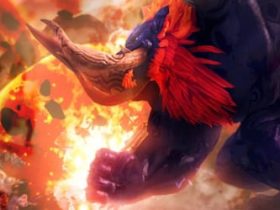 TopWare Interactive has announced that the next project currently in development at Reality Pump Studios is Sacrilegium, seeking to “revive and renew the survival horror genre in terms of story and atmosphere, as well as in the gameplay and level design.”

More so, it has been confirmed for Wii U.

Sacrilegium centers upon 20-year old Californian college student Alex, who is described as smart, friendly, independent and aware of her breathtaking beauty. However, she never uses her looks to her advantage, keeping in shape with combat, self-defense training and martial art skills.

These will aid her journey through the province of “Sacrilegium,” jumping head first into a world beyond the known reality with her friends. Alex must utilise all of her skills and survival instincts, employing her knowledge and heart to survive and to save her soul from certain corruption. Sacrificing her own mortality for the safety of her friends, Alex discovers more than she ever bargained for on the road to truth and salvation, with unforeseen and unnatural twists and secrets revealed, right up until the very end.

Sacrilegium is scheduled to release during 2013.