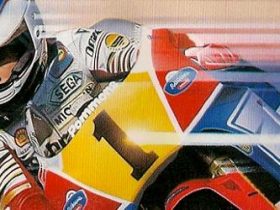 Hopes were dashed for a game tie-in to 1980’s animated space western Saber Rider and the Star Sheriffs, after no news from developer Firehazard Studio has emerged within the past year.

Now, studio manager Chris Strauss has broken silence, revealing that the developer no longer exists and has since reformed under the new banner ‘Saber Rider Game Team’, with the project being their only focus.

“We had some mayor hurdles to take on”, Strauss explained to Siliconera. “There where some problems… not on our side, and I can’t say much about it, but they affected us very much. We had to put development on hold for a long time because of this”.

He explained that they were unsure if the game would ever see release, with development gradually slowing. Now, Strauss has confirmed that they are targeting a 2015 release, any may look to Kickstarter and Steam Early Access for additional funding.

Saber Rider and the Star Sheriffs will hit PC first, and will then be ported to other platforms such as Nintendo 3DS down the line.