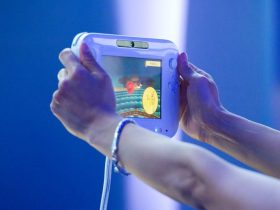 Nintendo respond to Wii U comments

Whilst Rune Factory developer Neverland declared themselves bankrupt late last year, at the time series producer Yoshifumi Hashimoto had revealed that they were working on another title.

That has now been announced in the pages of weekly Japanese magazine Famitsu as Forbidden Magna, a strategy RPG in development for 3DS. This new title revolved around innkeeper Lux who discovers a mysterious bracelet in a nearby crystal mine that allows him to receive aid from a trio of female spirits – Charlotte, Beatrice and Diana.

The game splits itself between managing Lux’s inn, where the spirits help him to improve his fumbling business. An ‘ETR System’ lets you build your relationship with the friendly ghosts, increasing their combat abilities which leads into the game’s second part.

Said to be similar to Valkyria Chronicles, the “CLT System” that has been implemented for battles sees allies and their opponents each have their own turns with characters not being restricted by grids.

Hashimoto explained that the game was half complete, which means we could either see it later this year or in early 2015.