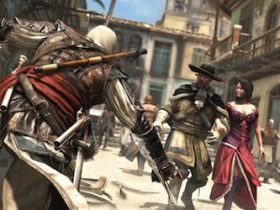 It would appear that Ubisoft are to bring their Your Shape series to Wii U.

This was revealed through a listing on The Royalty Network, requesting use of Cascada’s “Evacuate the Dance Floor” within the game. It reads as follows:

“Video game ‘Your Shape Wii U’ requested use of…
‘Evacuate The Dance Floor’ (Eshuijs/Reuter/Yann) by Cascada. We Sub-Publish this song on behalf of Talpa Music (BUMA)”.

Your Shape is no stranger to Nintendo platforms, having previously seen release on Wii as well as the publisher’s My Fitness Coach franchise.