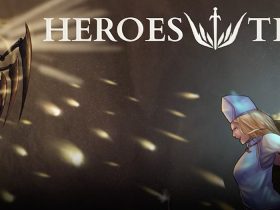 Summon Your Courage In Heroes Trials On Nintendo Switch

Nintendo has announced that Super Smash Bros. for Nintendo Switch will be their focus at E3 2018, and, anticipating the game’s popularity, will require that attendees reserve a ticket to have a chance to play.

While we have the Super Smash Bros. Invitational 2018 to look forward to, a rumour has now swirled that we may see Ridley, Simon Belmont and Ice Climbers join the mascot brawler’s character roster.

That comes from Reddit user DasVergeben, who was responsible for starting the rumours about Retro Studios working on Star Fox: Grand Prix. His new claims are that the game is a sequel rather than a port, that Ridley and Simon Belmon are newcomers and that Ice Climbers are back after they were cut in Super Smash Bros. for Wii U and Super Smash Bros. for Nintendo 3DS.

“I know for sure and from one of my most credible and proven sources (the one who told me about Metroid Prime 4 being developed by Bandai Namco before anyone else said or knew anything about that) is that Ridley is a newcomer, the game is, in fact, a sequel, but there will be assets being reused to some extent(s),” DasVergeben writes. “I first leaked that he would on GameFAQs back in March.”

He continues: “From a different source that I have also known to get things right in the short time that I have known them, there will be the return of Ice Climbers and a new Konami rep… Simon Belmont. They say that they know that Ridley will be revealed at E3. I was even told by them that everyone is coming back from Super Smash Bros. on Wii U and 3DS. That includes all of the guests. But it otherwise will be a new game. Which I found interesting there will, in fact, be no cuts.”