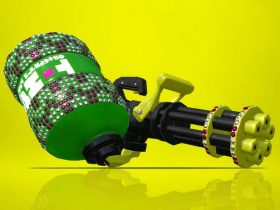 Nintendo appears to have accidentally leaked that Simon Belmont will be revealed as a new playable character in today’s Super Smash Bros. Ultimate Direct.

The official YouTube upload for the new Galaga Medley remix had been named “Bloody Tears / Monster Dance,” Bloody Tears and Monster Dance that composer Kenichi Matsubara had written for Castlevania II: Simon’s Quest. Bloody Tears went on to become a recurring theme in the Castlevania series and was last heard in Xbox 360 and PlayStation 3 digital release, Castlevania: Harmony of Despair.

While Nintendo has now corrected their mistake, it wasn’t before Reddit managed to pick up on the discrepancy to kickstart some renewed speculation. Snake has been Konami’s only representative so far, with the Metal Gear Solid hero to make a welcome return in the upcoming Nintendo Switch exclusive.

Simon Belmont’s addition to the roster has been a long-held request from the mascot brawler’s community, heir to the renowned Vampire Killer who went on to become the most famous vampire hunter. Wielding a whip and cross, his attacks would easily lend some differentiation to the rest of the roster.

With the animated Castlevania Season 2 to land on Netflix in October, rumours have swirled in recent months that the publisher has looked to revive the otherwise dormant brand with multiple games that they have in development. Some of which, we hear, will be coming to Nintendo Switch, too.