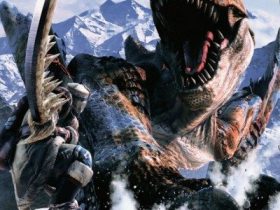 Nintendo may be set to perform a crossover of a duo of their iconic brands, according to a rumour circulated by Paul Gale Network.

With E3 looming so close, Paul explains that such rumour is “the first lead I’ve had on the whole ‘Retro Studios Wii U project’ that I first unleashed 13 months ago, in that whole amount of time.”

It is unclear as to whether this is a concept proposal, or the actual project that Retro Studios have been currently developing.

The rumour in question is ridiculously detailed, although should be taken exactly as it is – a rumour. Here we go.

Retro Studios purportedly wanted to develop a new IP for Nintendo that involved both third-person sci-fi action with intense aerial combat, whilst other members of the studio were hoping to work on Nintendo’s Star Fox brand. With confidence in the stduio, Nintendo tasked them with creating a hybrid built off such idea, under the title ‘Star Fox – Metroid: Fusion Saga.’

Its story sees Star Fox on a deep space mission, during which they collide with Samus’ ship. Such narrative continues with the bounty hunter falling to the surface of a near planet. During such moment, the Wii U touch screen correlates to the on-screen (TV) cockpit, allowing the player to look around and touch various buttons as they prepare themselves for impact.

Stripped of her armour and abilities, this forms the first-person portion of the game, as you traverse the surface of the unknown planet, and will be familiar to fans of the Metroid Prime Trilogy.

Meanwhile, the Star Fox stages will be familiar to those of said series: humorous chatter and intense space combat mixed between all-range and on-rails battles. Each narrative branch is independent of each other, with the player choosing which to pursue.

Four-player co-operative was considered, although this has now been replaced by leaderboards and a versus-based multiplayer mode.

Paul Gale previously leaked the existence of PlayStation All-Stars Battle Royale, so we’ll have to see whether this makes an appearance at E3…