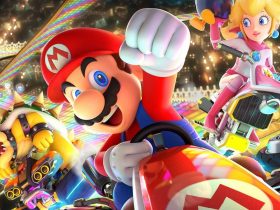 Pokémon Sun and Pokémon Moon have seen release in North America and Japan today, with Europe just around the corner. But their arrival now coincides with a rumour that a third Nintendo Switch version is in development at Game Freak, with the codename Pokémon Stars.

Eurogamer reports that this will continue the trend that the mainline Pokémon series has long followed, in that a third iteration with expanded content arrives some time after the main dual releases.

That approach can be seen with Pokémon Platinum’s relation to Diamond and Pearl, for instance, with the move meaning that Nintendo Switch will be the first home gaming system to a receive a mainline Pokémon title.

Pokémon Stars has been created in parallel with Pokémon Sun and Pokémon Moon, although development was temporarily paused while Game Freak spent time polishing up the Nintendo 3DS exclusives. With those now released, work has resumed on developing features that will be exclusive to the Nintendo Switch version.

There is a reason to play both, with the Pokémon Bank application allowing budding Trainers to transfer Pokémon from Nintendo 3DS to Nintendo Switch. There are rumblings that there will be more Pokédex additions, although not all sources could confirm that this was true.

“Expect the Switch version of Sun and Moon to feature the same map – the same routes and cities – and the same art style, although be built using separate, higher-resolution assets,” Eurogamer adds.

Pokémon Stars was planned to release in summer 2017, although is now scheduled to launch later next year.