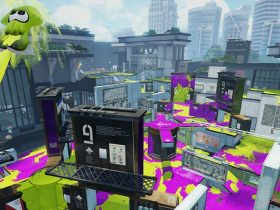 Electronic Arts is planning to release Need For Speed: Hot Pursuit Remastered and Plants vs. Zombies: Battle for Neighborville on Nintendo Switch.

That’s according to the latest report from VentureBeat, which has looked to outline the “seven new games” that the third-party publisher is preparing to hit the portable home console in the next 12 months.

“Seven new games will also be releasing on Nintendo Switch over the next 12 months,” Electronic Arts had confirmed in a press release. “Burnout Paradise: Remastered will be available tomorrow, June 19th, followed by Apex Legends and FIFA 21 in the fall.”

Citing “a source familiar with the publisher’s release slate,” VentureBeat has added the final three games to that line-up in an EA Original from indie developer Velan Studios, Need For Speed: Hot Pursuit Remastered and Plants vs. Zombies: Battle for Neighborville.

The “distinctive team-based action game” that is in development at Velan Studios was last mentioned in March 2019, when the developer had signed a publishing agreement with Electronic Arts that would see it come to the portable home console under the EA Partners division.