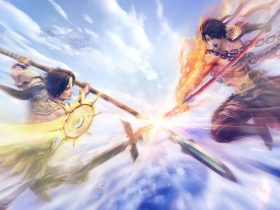 Nintendo is hard at work on a new “piece of hardware” that is awaiting approval for production, according to the latest rumour related to the company that has surfaced online.

This comes from anonymous Twitter user HotGirlVideos69, who has quickly made a name for herself from accurately leaking that E3 2020 would be cancelled and that a Nintendo Direct Mini presentation would broadcast in the last week of March.

That leak wasn’t without inaccuracies, however. She had predicted that the Nintendo Direct Mini would contain teaser information for The Legend of Zelda: Breath of the Wild’s sequel as well as an upcoming Metroid game.

Both of which we now know weren’t present, but, as always, there’s also the chance that Nintendo’s plans changed and their presence was removed. Back to that hardware, though.

“Outside of that, I’m not sure when I can give a full leak, but Nintendo is working on a piece of hardware, I’ve been told,” HotGirlVideos69 revealed in an interview with LADbible.

“You can probably guess what it is, but I’m not sure how close to approval for production it is so I cannot really say anything outside of that until I know for sure it will come true.”

After the article was published, she clarified on Twitter: “From what I’ve been told the upcoming Nintendo hardware is obviously not a console but you can likely figure it out if you connect the dots.”

That rules out the often rumoured Nintendo Switch Pro model, leaving us to speculate whether it could be another wacky peripheral for the portable home console – Nintendo Labo and Ring Fit Adventure have been superb.