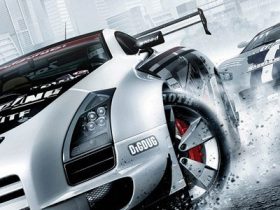 Kobayashi: “I didn’t want to make a Ridge Racer for the Wii”

There is certainly a lot of positive excitement surrounding the possibility of an impending announcement in regards to a new Nintendo console, and such an instance has spurred the folks at NeoGAF into a detective frenzy.

Recent discussion surrounds Nintendo’s upcoming console sporting the AMD Trinity, the latest Accelerated Processor Units (APU) from the company, which was announced last November. It’s fabbed at 32nm scale, and AMD describe is as being “based on AMD’s next-generation Bulldozer CPU cores.”

The AMD Bulldozer CPU architecture itself incorporates multi-core (2x/ 4x) and allows support for DX11, ensuring that the system will be able to output at 1080p with a consistent 60fps. This’ll easily set it immediately on par with the Xbox 360 and PlayStation 3 allowing it to match, and later exceed, the benchmark now set by the likes of Crysis 2, Killzone 3 and the Uncharted series.

Such information was supposedly leaked by an employee of AMD themselves, so there may be plenty of truth behind this latest rumour. Let’s just hope that Nintendo are ready to announce the system within the coming months, because it certainly sounds exciting…!