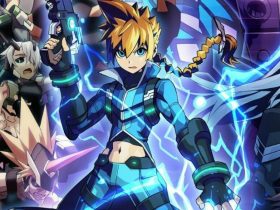 Further rumours regarding the hardware specification for Nintendo’s latest home console, the Wii U, have apparently been revealed.

Citing their source as a developer who is currently porting a current PlayStation 3 title to the Wii U, WiiUDaily.com claims that the console’s processor is a 3 GHz PowerPC-based 45nm CPU with four processor cores. By contrast, the current Xbox 360 has a 3.2 Ghz PowerPC inside but with only three processor cores.

They also claim that Nintendo Nintendo are testing two versions of their Wii U hardware, one with 768 MB of DRAM and the other with a full 1 GB of DRAM. Each have the memory embedded in the CPU, with it being shared between the CPU and GPU.

Lastly, the anonymous source states that the GPU is ATI-based but made on a 40nm process, although no other information was revealed.