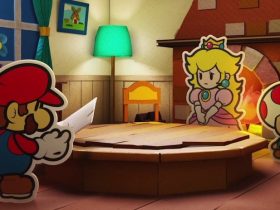 It would appear that EA are planning to bring Mass Effect 3 to Nintendo’s forthcoming Wii U console, which wouldn’t necessarily be a surprise.

The company’s official extranet currently states that BioWare’s finale to their epic space opera will release on Xbox 360, PlayStation 3, PC and “Next Gen” platforms.

EA Games label manager Frank Gibeau has previously commented, “I can’t say we are going to do it on the Wii U, but you can imagine what we could do with that controller in the Mass Effect universe. It feels like a really nice fit, but we’ll announce that when the time is right.”

Still, if true, this is the direction that Nintendo certainly need to take to ensure they can shrug off the overriding “casual” image that they have been unfairly labelled with following the Wii. 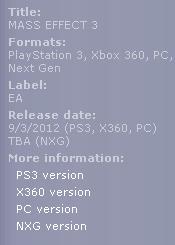