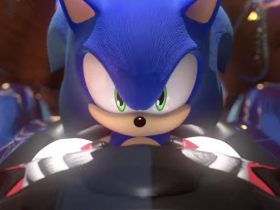 With Animal Crossing’s Isabelle joining the fight in Super Smash Bros. Ultimate, a rumour has swirled that the last two additions to the mascot brawler’s character roster before launch will be Incineroar and Ken.

This comes from GameFAQs user Vergeben who had leaked earlier this year that Retro Studios are working on Star Fox: Grand Prix, and, a month before E3 2018, that Super Smash Bros. Ultimate would add Ridley, Simon Belmont and Ice Climbers to the character roster.

He now suggests that Ken will be added as an Echo Fighter for Ryu, while adding that he has received “definite confirmation” that Incineroar, the Heel Pokémon first introduced as Litten’s final evolution in Pokémon Sun and Pokémon Moon, is in the game.

“I finally heard that it is Incineroar from all my main Smash sources so there you have it,” Vergeben wrote on GameFAQs.

“As for the roster, in the very least, Incineroar and Ken are left. I’ve had people tagging me nonstop for the last day or two about the box theory, so I will address that. I have been in contact with my sources about it. There’s no confirmation as of this moment whether or not that will be it for the launch roster.”

That “box theory” emerged after Amazon.com revealed the Super Smash Bros. Ultimate Special Edition packaging, on which the character roster is displayed on both sides – with two spaces having seemingly been left blank to be updated later. Echo Fighters (such as Daisy) appear separately, meaning that, if accurate, Incineroar and Ken could fill those spots.

“I guess I might as well end by saying that if you think this game won’t be supported further after launch, well, that’s not a smart assumption to make,” he adds.

“The Square Enix character that I heard about is an interesting exception in all of this when it comes to the box theory and my knowledge of there being a character of theirs comes from someone who’s never had a habit of being wrong. Even if that really is all for launch, it’s not the end.”