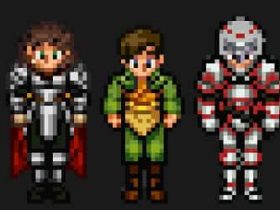 Terra Incognita ventures to Wii U

A further rumour regarding the Wii U has surfaced on the internet, courtesy of Wii U Go.

A current intern at Electronic Arts has purportedly revealed an on-going situation regarding the online service for Wii U, in which a colleague who works for the company as a network engineer claims that both EA and Valve are competing to provide their respective Origin and Steam services for the console.

We know from Nintendo’s E3 2011 presentation that EA are one of many companies currently assisting Nintendo in ensuring the success of the Wii U’s online, which the source further touts will offer voice and video-chat support, leaderboards and detailed friend lists. It is to also offer greater flexibility to publishers than Xbox Live as, following publisher feedback, many are apparently unhappy with Microsoft’s strict guidelines for their service.

Nintendo see the potential of EA to bring their Origin digital distribution service “as an opportunity to rebuild relationships with Western gamers because they feel that only a massive western company such as EA nderstands what is needed to make an online service attractive to western gamers.”

Valve have also expressed an interest in providing Steam on the Wii U to assist with digital distribution, but EA are supposedly “aggressively persuading Nintendo to go Origins exclusive with Wii U’s online so they can gain a competitive advantage over Steam.”

This rumour doesn’t actually seem too profound, but we’ll have to await for more information from Nintendo next year before jumping to any conclusions!