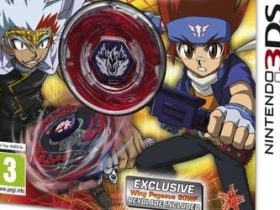 Beyblade: Evolution spins to Europe and North America in October

Treyarch, the development studio who are to port Call of Duty: Modern Warfare 3 to Wii, have revealed that they are to bring next year’s entry in the franchise to a new console.

A job advertisement that has been posted on the studio’s website reads “Treyarch is seeking a Senior Platform Engineer for a position on the team bringing our hugely successful game to a new console,” perhaps meaning that Activision are setting their sights on Nintendo’s forthcoming Wii U platform.

Activision CEO Bobby Kotick previously explained that the publisher was “very enthusiastic” about the new console.