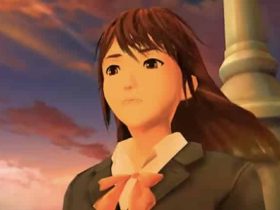 Whether Activision’s yearly Call of Duty iterations make their way to Wii U have always been shrouded in uncertainty. While Call of Duty: Black Ops 2 and Call of Duty: Ghosts both made their way to Nintendo’s console, we weren’t so lucky with last year’s Call of Duty: Advanced Warfare which seemingly indicated that the publisher could no longer warrant bringing the military shooter to Wii U.

With Activision this week teasing Call of Duty: Black Ops 3’s world reveal on April 26th, a minor tweak made to the official Call of Duty website has prompted speculation that the Treyarch-led threequel will make a stand on Wii U.

Within a user’s profile settings, Activision had only previously allowed you to link your Xbox LIVE, PlayStation Network and Steam accounts. However, this year has suddenly seen the addition of being able to link your Nintendo Network ID.

As always, they cite the importance behind this as being: “Linking enables Call of Duty to access your console account for in-game optimisation and upgrades.” Those that choose to do so will let Nintendo to transmit their “Nintendo Network ID, Mii nickname, country, region, language and time zone” to Activision.

Whether it’s only a late change to support the dedicated players that remain across Black Ops 2 and Ghosts remains unclear at this point, although Treyarch’s history in porting to Nintendo platforms certainly makes us hopeful that there’s something more significant on the horizon.