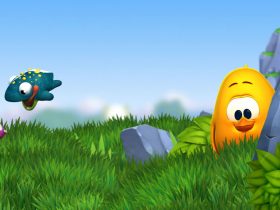 With the rumor that we may soon hear about Spyro Reignited Trilogy coming to Nintendo Switch, there’s another rumbling that has surfaced about the heroic purple dragon.

GoNintendo reports an anonymous source has indicated to them that Spyro will appear as a playable character in Crash Team Racing Nitro-Fueled, although it is unclear whether he will need to be unlocked first.

“On top of that, Spyro will be swooping in on the upcoming Crash Team Racing Nitro-Fueled as well,” GoNintendo share.

“He’ll be tucking the wings in for a stint in a kart, becoming a playable character. We’re not sure about the specifics on how to obtain him, and instead only have base knowledge of his appearance as playable in the game.”

Crash Team Racing Nitro-Fueled has been rebuilt from the ground up with the same characters, karts, tracks, and arenas as the original PlayStation game.

You can race as characters such as Crash, Coco, and Dr. Neo Cortex against the egomaniacal Nitros Oxide to save the planet from destruction.

The Adventure, Arcade Single Race, Cup Race, Time Trials, and Battle Mode make a return, while you will have the chance to race against friends both online and offline.