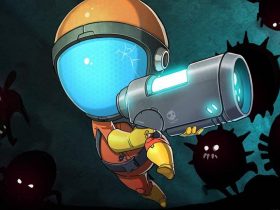 Exterminate Aliens In The Bug Butcher On Nintendo Switch

This week, a rumor has swirled that Microsoft is preparing to support Nintendo Switch with Project xCloud. The ambition for their “state-of-the-art global game-streaming technology” is to offer you the freedom to play the games that you want on any device. In this scenario, that would be the portable home console.

That rumor comes from Direct-Feed Games, who reports that such a move will be supported with Xbox Game Pass, the Netflix-style subscription service – coupled with Project xCloud – becoming the means with which those on the Nintendo Switch will be able to diversify the games library that they have access to.

Importantly, the streaming technology will open the door for games that are otherwise too technically demanding for the portable home console to handle.

This comes after it surfaced that Microsoft is to host an upcoming session at GDC 2019 next month, called Xbox Live: Growing & Engaging Your Gaming Community Across iOS, Android, Switch, Xbox, and PC. With plans to reveal a new cross-platform Xbox development kit, the company has looked to help developers to connect players across these platforms.

That will see Microsoft take Xbox Live to “over 2 billion devices with the release of our new cross-platform Xbox development kit,” adding that “Xbox Live players are highly engaged and active on Xbox and PC, but now they can take their gaming achievement history, their friends list, their clubs, and more with them to almost every screen.”