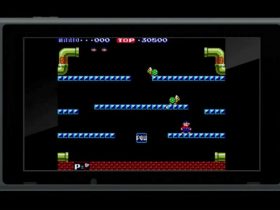 Rumors have continued to swirl around Nintendo’s plan to release a budget Nintendo Switch Mini, along with a more powerful iteration to their portable home console this year.

Now, Bloomberg reports that a source that is familiar with the company’s intentions for the Nintendo Switch Mini has suggested that it “will likely be launched by the end of June.”

This would help to maintain the strong sales momentum that remains behind Nintendo Switch, while looking to attract a wider audience thanks to a more attractive and accessible price point.

In a recent report, Nikkei suggested that the Nintendo Switch Mini could still be docked to play on a TV screen, contrary to what other publications had heard.

As for the Nintendo Switch Pro, Bloomberg’s sources add that the “existing Switch will receive a modest upgrade this year, though a more powerful version is not in the works.”