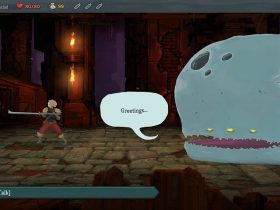 Slay The Spire Coming To Nintendo Switch On June 6th

It would appear that a Forza Street port to Nintendo Switch could be in the works, the “all-new Forza experience” that Turn 10 Studios has “designed for racing on the go.”

Revealed last month, the free-to-play racing game has been released for Windows 10 devices and will hurtle onto iOS and Android devices later this year.

With streamlined controls that focus on timing your gas, brake, and boost to clinch a victory, Forza Street challenges you to compete in cinematic races while collecting legendary cars for your garage.

Windows Central has reported on evidence that AR12Gaming has received from a member on their Discord server, in which references to Nintendo Switch can be seen in the racer’s source code.

“A member who goes by the name of Logic in our Discord server sent me a snippet from the game’s source code which makes several references to Nintendo Switch, along with the aforementioned Android and iOS,” the website explains.

Whether this is code that has been leftover from middleware used to develop the game is unclear at this point in time, meaning that this will remain a rumor until something more concrete surfaces.