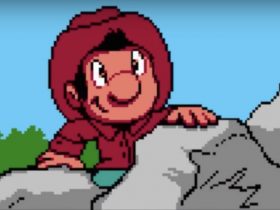 PQube and Kadokawa Games have announced that Root Letter: Last Answer will release on Nintendo Switch, the best-selling visual novel coming to the portable home console in an enhanced version.

In its gripping investigation story, 15 years have passed since your last correspondence with your pen friend Aya Fumino. You have since moved on with your life, but a confession of murder left in her last letter has surfaced.

That leads you to travel to Aya’s hometown to discover what happened to her, hoping that her friends may know the truth even if they seem unwilling to let you delve into the past.

You must follow the clues given in Aya’s letters to track them down, using the items and information that you discover to reveal the truth.

It comes to Nintendo Switch with new epilogues that conclude the story around Aya Fumino, several UI and gameplay improvements, and a new live-action mode that turns every hand-drawn moments into reenacted scenes.