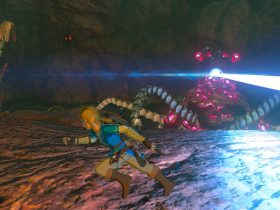 Square Enix has confirmed a release date for Romancing SaGa 3 on Nintendo Switch.

Originally released in Japan back in 1995, this high-definition remaster has optimized the role-playing game’s graphics, as well as introducing the new Phantom Maze dungeon to explore, new storylines, and a New Game+ function.

Developed by industry veterans that include developer Akitoshi Kawazu (Final Fantasy, Romancing SaGa, SaGa Frontier),
you will have the chance to forge your own path – choosing to play through eight different narratives that are led by eight protagonists that each has their own motives and unique personalities.

Romancing SaGa 3 will release on the Nintendo eShop for Nintendo Switch worldwide on November 11th.